A new model by Richard Mille is always exciting but gets even more impressive when the brand uses it to launch an entirely new material. Grey Cermet, as it is called, is as light as titanium and yet almost as hard as a diamond. It took Richard Mille, working closely together with the IMI Group, years to develop this material. It consists of a metallic zirconium matrix with ceramic inserted in it. As these are very different elements, combining them in a single material was particularly challenging. Especially since the use of nickel and cobalt, often used to combine these materials in a homogeneous matter, was not an option as they wanted to conform themselves to the REACH Standards. This ensures safety in production and the use of chemicals in the European industry. 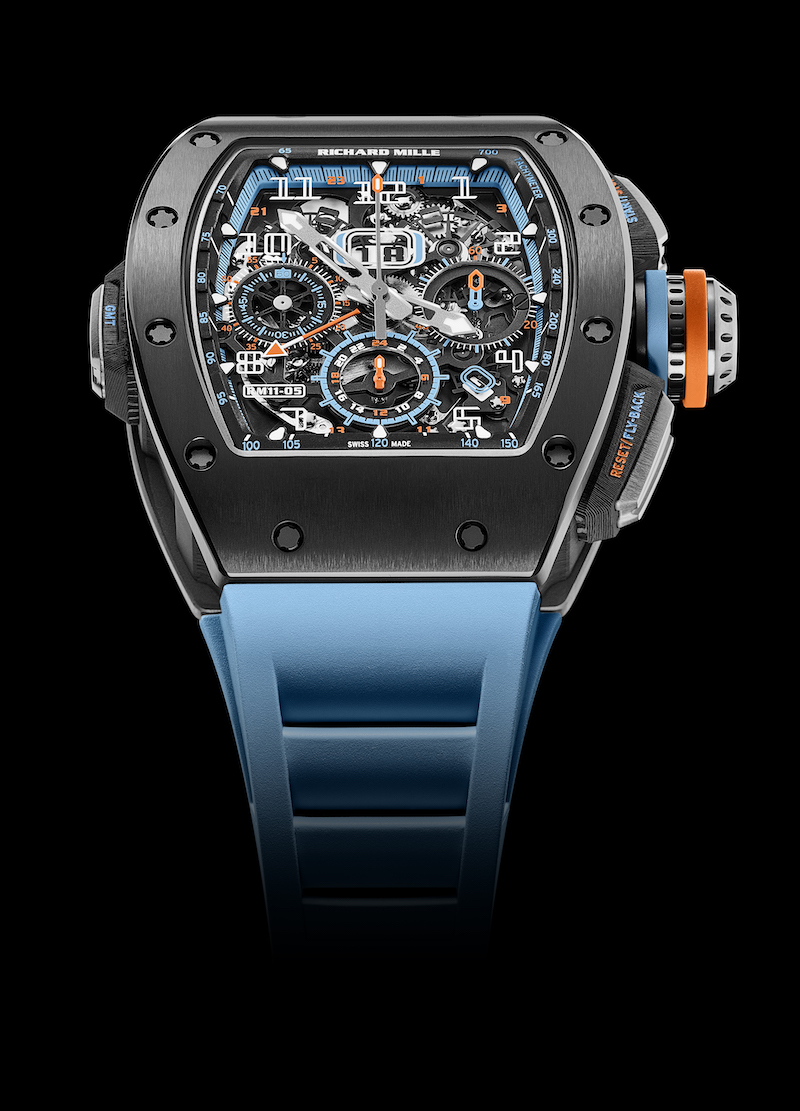 Mille succeeded in this by combining hot stamping with powerful electrical currents. It results in a material whose density is less than that of titanium, while at 2,360 Vickers, it comes very close to the hardness of diamond, which is 2,400 Vickers. For the new RM 11-05 Automatic Flyback Chronograph GMT, Mille uses Grey Cermet for the bezel, which is often the part of the watch most prone to scratch, while the caseband is made from Carbon TPT. Combined, they keep the weight of the RM 11-05 pleasantly low.

Richard Mille combined quite a few useful complications into his new watch. Next to a flyback chronograph, and a large date function, does it also come with a second timezone indicator. While the Grey Cermet’s brushed finish gives it a high-tech character, Mille knows to masterly combine it with light blue and orange accents on the dial, crown, and case. This is reminiscent of the livery of the iconic Gulf-race cars and adds a playful dynamic to the watch, of which Mille will make only 140 pieces.