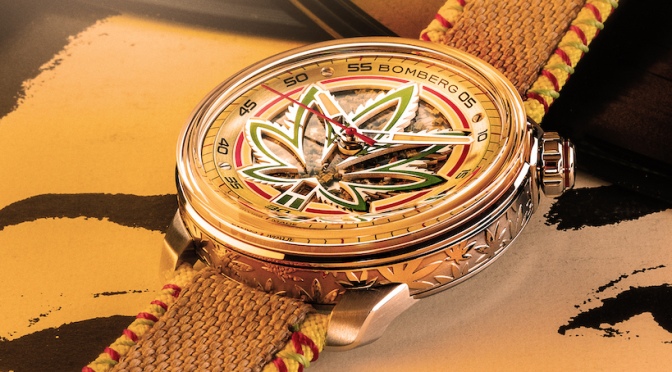 True to its rebellious form, BOMBERG has launched the first ever watch to incorporate hemp leaves. As its name suggests, the “BB01 Automatic Cure The Bulldog” is rooted in nurtured relationships with man’s best friend – the dog. The brand’s connection to dogs is nothing new. Since BOMBERG’s launch in 2012, its main ambassador, which featured in its original adverts, was an English bulldog named Bolt. Bolt has become the brand’s friendly mascot and currently resides in Mexico where most of the BOMBERG in-house team lives.

Mexico City has removed a 150-year old statue of Christopher Columbus that stood at a busy roundabout on Paseo de la Reforma. In a news conference on Sunday, a day that marked International Indigenous Women’s Day, Mayor Claudia Sheinbaum announcedthat an Indigenous woman will aptly be replacing Columbus. “We owe it to them. We exist because of them,” said Sheinbaum. “It is the history of our country and our homeland,” she added.