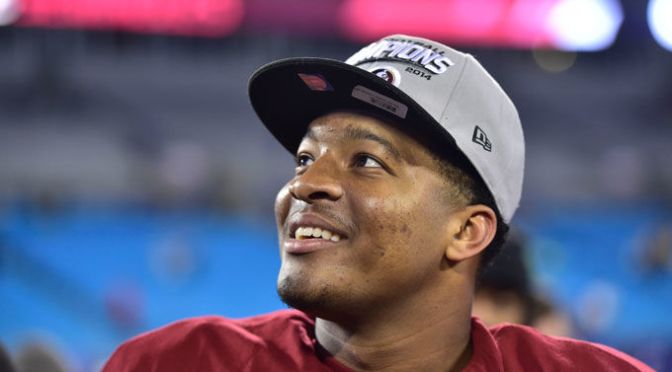 If Jameis Winston would’ve been able to enter the NFL Draft last season, he probably would’ve gone No. 1 overall. We bring that up not to remind Texans fans of what could’ve been, but instead to point out that this is a story a year-and-a-half in the making. Finally it’s official. The Tampa Bay Bucs are hoping to offset the misery of a 2-14 season with the selection of a potential/possible/probable franchise quarterback.