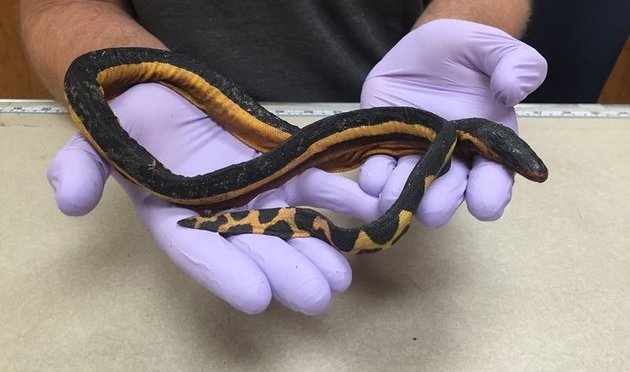 For the second time in just two months, an extremely rare venomous sea snake has made a surprise appearance on Southern California’s coastline, suggesting that the abnormally warm temperatures of the local waters are attracting species that would have once given the area a miss.

A dead yellow-bellied sea snake, of a type commonly found throughout the warmer Pacific and Indian Oceans, washed up Friday along Bolsa Chica State Beach, about 30 miles south of Los Angeles, according to the Natural History Museum of Los Angeles County.

A different yellow-bellied sea snake was spotted in Oxnard, north of L.A., in late October. Experts suspect both snakes were in the region because of the warming waters brought by El Niño. The Oxnard snake died soon after it was discovered.

“This is an exciting find and an important addition to the Museum collection — the two snakes are the northernmost records for this species in the Eastern Pacific, and only the fourth and fifth documented records of this species along the Pacific Coast of Baja and California, ever. All 5 records are from El Niño years,” the museum wrote on its Facebook page Monday.

Environmentalists cleaning the beach with the Huntington Beach chapter of the Surfrider Foundation took credit for Friday’s unusual find.

“We’re rarely surprised anymore by the things we find during our beach clean-ups but this one was a shocker!” Surfrider wrote on its Facebook page Saturday.

“Words of wisdom for those who like to play with snakes — don’t touch, it’s highly venomous,” the foundation advised.

It’s shaping up to be an exciting month for herpetologists. On Monday, scientists in Australia announced the discovery of two other rare sea snakes — one of which was previously thought to be extinct.

Two healthy short-nosed sea snakes were recently photographed in the water along Australia’s Ningaloo Reef, in what scientists say is the first sighting of this species in 15 years.

That event was documented in the journal Biological Conservation on Monday, along with the sighting of a critically endangered leaf-scaled sea snake.

“This discovery is really exciting, we get another chance to protect these two endemic Western Australian sea snake species,” said the study’s lead author, Blanche D’Anastasi of James Cook University’s ARC Centre of Excellence for Coral Reef Studies, in a release. “But in order to succeed in protecting them, we will need to monitor populations as well as undertake research into understanding their biology and the threats they face.” 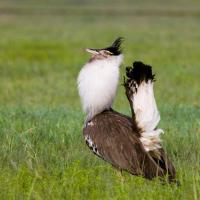