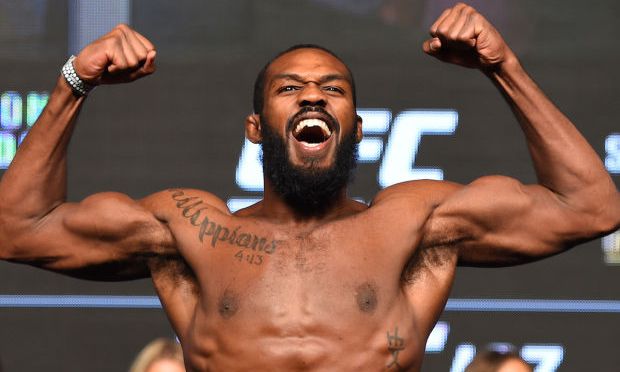 The UFC has pulled Jon Jones from the UFC 200 main event after he failed a drug test administered last month, another disappointment in a long line of out-of-the-cage screw-ups by the interim light-heavyweight champion.

Jones vs. Cormier 2 is now the second fight set to headline UFC 200 that has fallen through. McGregor vs. Diaz 2 was supposed be the card’s main event, but it was scrapped after Conor McGregor’s brief flirtation with retirement. Now, Brock Lesnar’s return to the Octagon in a heavyweight bout with Mark Hunt will be the main event.

According to the UFC’s announcement, Jones failed a test administrated by U.S. Anti-Doping Agency on June 16. The fighter can still appeal the test results, but as Dana White said at a hastily thrown together press conference Wednesday night, “if it’s true, obviously super, super disappointing.”

Not just for him. Daniel Cormier, the light heavyweight champion, appeared at the same press conference and said, “To hear something like this is very sad from a competitive and financial standpoint. I don’t know exactly to explain how I’m feeling right now. I’m just very disappointed.”

Cormier added that he’s prepared to fight anyone on Saturday and White seemed open to the possibility, but finding a fighter to take on Cormier with three days notice could be a challenge. On the other hand, the pay would be good. Already, fighters Gegard Mousasi and Michael Bisping, among others, have offered to take on Cormier.

Jones, meanwhile, could be facing some serious sanctions if the positive test is confirmed, with a suspension of two years on the table. That’s what happens when you’ve got a record like he does. Jones rap sheet extends back to the his first fight with Cormier in January 2015. He tested positive for cocaine before UFC 182 and while the UFC didn’t cancel the fight, it did fine him $25,000. A few months later he was arrested after a hit-and-run that got him suspended from the UFC for six months. Earlier this year, he was ticketed for drag racing.

This latest mark on his record threatens to tarnish Jones legacy even further. But it is not yet known what substance triggered the positive test for the UFC’s top pound-for-pound fighter.

There’s good reason to believe that whatever the substance is, it’s more damning than cocaine. Jones failed  an out-of-competition test and the list of drugs banned out-of-competition does not include things like cocaine, weed and amphetamines. It does, however, include steroids and HGH.

If you believe the conspiracy theories, Jones has been injecting something, we just don’t know what.