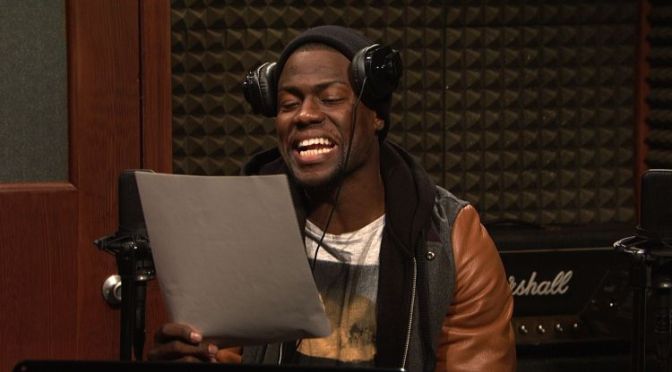 Comedian and actor Kevin Hart is about to release his debut rap album under the name of his alter-ego, Chocolate Droppa.

Billboard reports a deal is in place with Motown Records for the project to be released this fall.

“If you’re a rapper I suggest you run because I’m about to come for all of you sucka’s,” Hart captioned an Instagram photo. “Y’all just knocked on the door of a small giant that loves chicken nuggets and long walks in the park in the summer….which basically means that I will kill everybody!!!! Real Rap Raw mothaf*cka’sssss…….Who wants war???? Raise yo hand B!tches….that’s what I though….Droppa Motha F*cka’s!!!!!!! #WhatNow #hittingtheatersoctober14th #Droppa #TheBestToEverDoIt TAG YO FAVORITE PUNK A$$ RAPPER AND TELL HIM THAT HE OR SHE HAS BEEN WARNED!!!!! GAME OVER MOTHA F*CKA’s.”

Shit is about to get real people!!!!! Droppa is coming for all of you but ass rappers!!!!! https://t.co/2QEGgbyYC9

No additional information is available at this time. We’ll keep you updated as we find out more.