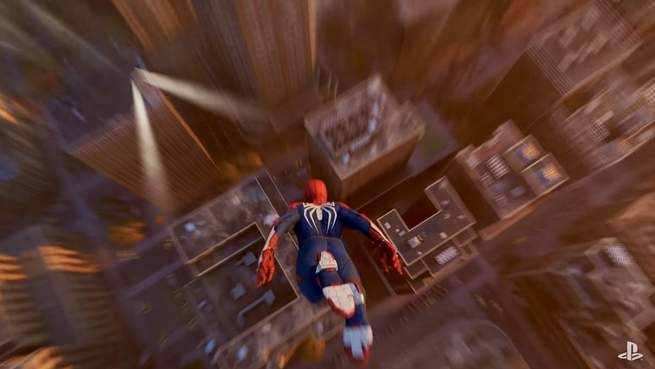 Video game worlds are getting big, which makes getting around them more difficult and time-consuming. Gamers want plenty of places to explore, but spending 20 real-time minutes riding around on a digital horse trying to find your next mission is frustrating.

The new Marvel’s Spider-Man game for PlayStation 4, however, doesn’t have this problem. The map consists of a scaled-down, tweaked version of Manhattan, complete with semi-accurate neighborhoods like Central Park and the financial district. Instead of taking the subway between beating up bad guys, however, you simply swing using your web. And rather than feeling like a hassle, moving around this digital city is one of the best parts of the whole game.

It all starts with physics

In order to swing across the city, Spidey attaches his web to buildings along the street and swings in a motion that’s an exaggerated version of how monkeys move from one tree branch to the next. I picked up how it worked almost immediately and so did my 9-year old son. And while the swings feel authentic, they require some bending of the real-world forces.

“Day one, we started looking at textbook pendulum motion swinging,” says the game’s director, Ryan Smith of Insomniac Games. “The biggest problem was the sideways force.” An object anchored to a building would naturally swing toward the building itself, which makes it hard to cruise down the middle of the road. To compensate, developers added an extra outward force from the building to help keep the player centered.

It’s not realistic to create a game world with lots of overhead anchor points, so the developers made the roads slightly narrower than they would be in a scale version of real life to keep a steep angle for the swing. “The more you can connect to something that’s not too far to the side, the more controllable your swing,” says Smith. “If you want to use that sideways force to make a big, sweeping turn around a corner, you can still do it.”

The in-game “camera” that tracks your character also gets in on the action when it comes to conveying speed. Smith says the developers used what they call an expressive camera that doesn’t stay glued to the hero at a fixed distance, but rather it lags and catches up at strategic times to emphasize motion.

One move, for instance, involves throwing webs forward from a standstill and then quickly catapulting straight ahead toward an object or a perch. During this move, Spidey takes off, leaving the camera slightly behind, only for it to speed up and catch him. When the superhero dives from a high place, the camera shifts to look down and emphasize the effect of the ground coming up fast.

“We let you drift away and then the camera catches up,” says Smith,”which helps player perception of the scene to make it feel like you’re moving fast.

Despite all of the complex math going on while Spiday is swinging, it’s actually really simple to master from a player’s perspective. Big swings in open roads are easy, but you will eventually crash into a building, and figuring out how to make that less frustrating took the developers some time.

“You can slam into a building, but that shouldn’t stop the player. You’re not silly putty. You’re an agile, acrobatic superhero,” says Smith. When you swing into a wall, Spider-Man can run straight up the face of it to keep the momentum, then jump back off and swing in another direction. “Those things were not in the first version. We had to playtest and iterate to smooth and connect those as part of an integrated system.”

But perhaps the most important part: swinging around is fun! Since I started playing the game, I’ve spent more time randomly swinging around than I have saving the city.