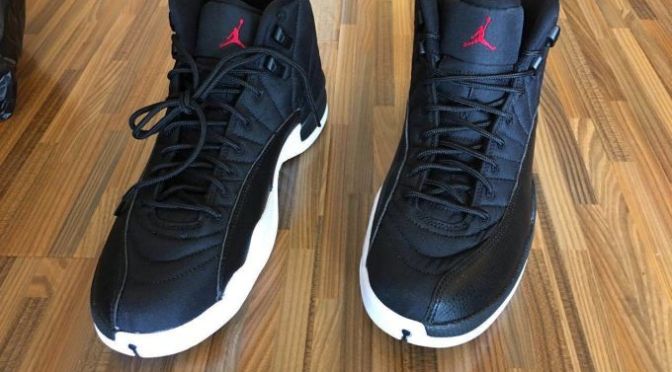 The Air Jordan XII is arguably one of the greatest sneakers in Michael Jordan’s signature line. Originally released in 1996, the XII is most known for Jordan’s “Flu Game” performance and the Chicago Bulls’ subsequent victory in the 1997 NBA Finals. Twenty years later, Jordan Brand is updating the silhouette that regularly uses a mixture of leather and reptile-like material on the upper with a different material — nylon.

Previewed by @briancherdak, the Air Jordan XII “Nylon” features black nylon uppers, side panels, and midsoles, while red is used on the Jumpman and white is used on the outsole. The stitching inspired by the Japanese Rising Sun flag stays the same, but additional stitching on the lace holes is incorporated.

While an official release date has yet to be announced, the Air Jordan XII “Nylon” is slated to release on September 10, 2016. For all Air Jordan release dates stay posted to the complete guide here.