Gogoro’s battery-powered scooter left us rather impressed after our test ride in Taiwan back in 2015, and the startup has since sold over 14,000 units locally plus rolled out 240 GoStations nationwide for customers to quickly swap batteries — as opposed to having their electric scooters plugged in for hours.

To keep the momentum going, today the company announced the Gogoro S, a high-performance model equipped with the new 7.2 kW G1-S motor which pushes the scooter from zero to 50 km/h or 31 MPH in just 3.7 seconds — a notable improvement from the 4.2 seconds with the original 6.4 kW G1 motor, which is already quite quick. But for the sake of safety, the top speed is still capped at 95 km/h or 59 MPH.

The vehicle has a maximum horsepower of 9.65 hp at 5,000 rpm, and for the first time, Gogoro has also made the front suspensions’ stiffness adjustable to suit one’s preference. In addition to the larger brakes to match this performance jump, the Gogoro S comes with exclusive 12-inch six-spoke wheels coated in glossy black paint, which go well with the matt graphite gray body and the dark titanium gray pedals. Even the seat is stiched with a big “S” and the word “performance” toward the back end, just so passersby know not to mess with you.

The Gogoro S will be available for purchase in Taiwan tomorrow for NT$123,000 (about US$3,890). For those who don’t have the need for speed, they can still opt for the more affordable Gogoro Plus which costs NT$108,000 (about US$3,410), or the original Gogoro for NT$98,000 (about US$3,100), or the Gogoro Lite for just NT$88,000 (about US$2,780). These three models share identical performance, with the main differences being their color choices, bundled add-ons and the lack of certain automated features plus customization on the Lite.

It’s also worth mentioning that in Taiwan, electric motorcycles are subsidized by the government as an attempt to wean off reliance on their air-polluting counterparts. The subsidy varies depending on the municipality, with New Taipei City covering NT$24,000 (about US$760) for new purchases, and an extra NT$3,000 (about US$95) for those who are getting rid of their two-stroke motorcycles, meaning the Gogoro S can be as cheap as NT$96,000 (about US$3,030) for residents in that area.

The vehicle prices go on top of a monthly subscription fee for using the GoStations, and it’s very much like how we pay for our mobile data, except it’s by kilometers instead of gigabytes. For instance, there’s an NT$799 (US$25.25)/month plan that lets you ride 600 km each month, with every extra 1 km costing NT$1.50 (about 5 US cents). To put this into context, this will just about cover weekday commutes between, say, Apple Campus and Googleplex for a month, but the Gogoro scooters are obviously more suited for shorter distances. 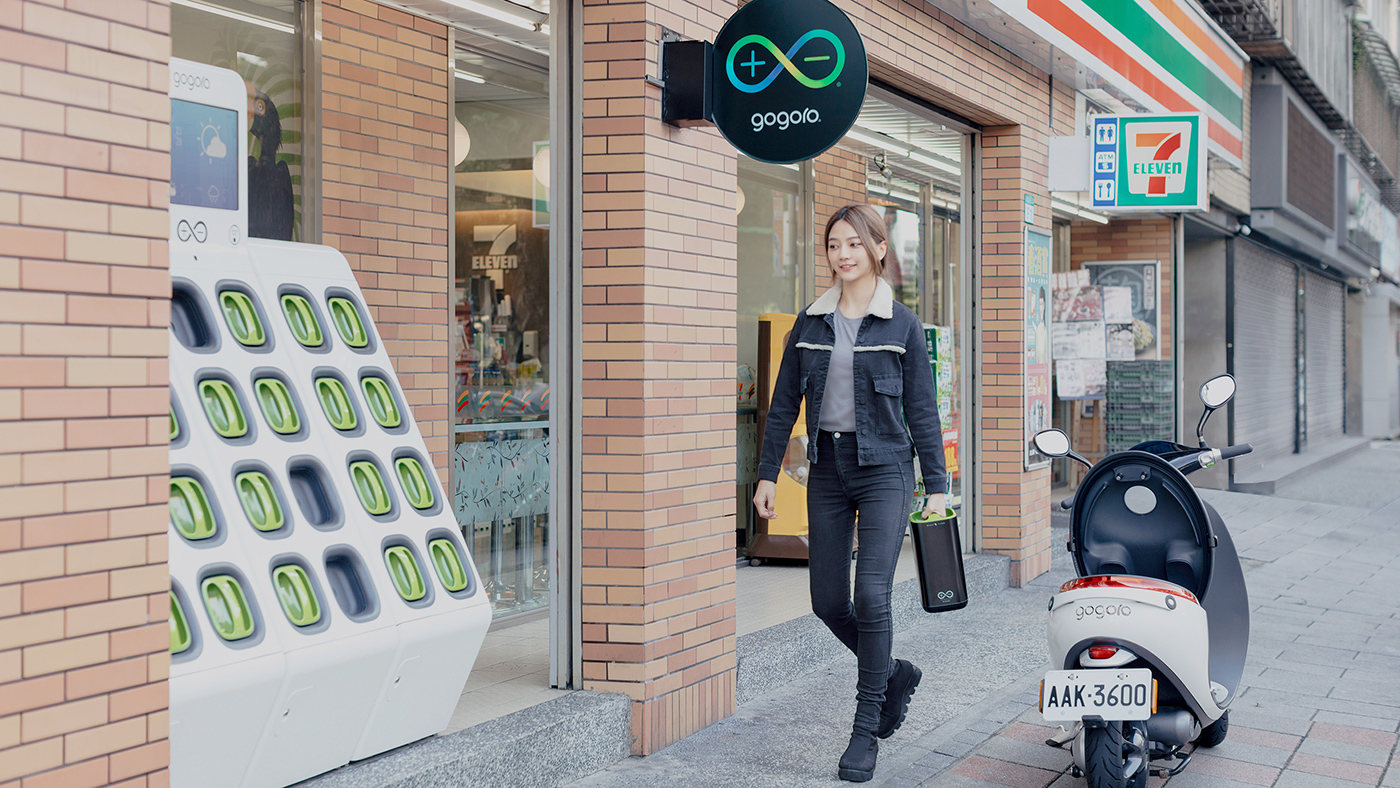 While Gogoro has yet to roll out its battery network — either with GoStations or with GoChargers — outside of Taiwan, its scooters are already available as rentals in Berlin by way of Coup. For just €3 ($3.29) you can rent this electric scooter for 30 minutes, and for €20 (about $22) it’s yours for the whole day. Gogoro is also expected to deploy in Amsterdam some time this year.